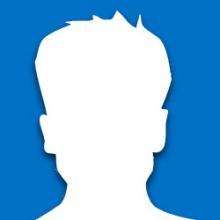 Sudan has a pool of bold and fearless women who have made a mark for themselves  with their strength, innovation, creativity and success. Their relentless zeal, incessant thirst for success and willingness to walk the extra mile have broken all myths about their inborn limitations that were supposed to be major roadblocks on their success expressways. These women entrepreneurs inspire other women with dreams of founding startups. However, there are still many challenges that female Sudanese business owners have to face because of their gender. In addition, they have to wear many hats, from businesswoman to family woman and balance raising families with running their businesses.

It is here that the UNIDO’s EDIP program comes into its own because it sustains the aspirations of these women and shows them new ways to reach their business goal and grow their business. One such person is young Ayat Abdulaziz. At about 27 year old, she completed her University studies in the area of Forestry and Range Management. She decided to become an entrepreneur by taking a loan from Sudanese Micro finance Institution and going into the fodder business. She began by renting 10 feddens of farmland and began alfalfa farming. She made just enough to get by and support her family, but her business required grueling hours.

Ayat  began looking for ways to make extra money and decided to try sheep farming. But she was disappointed when her  first offspring  performed poorly.  At this low point, she attended the Entrepreneurship Development and Investment Promotion Program with other members of her youth group. Her inspiration came after completing 30 days capacity building program which is the first step  in the EDIP. It served as a turning point and an eye opener to her.

As a first step to success, Ayat put together a proper business plan to invest in mixed farming  benefiting from the continuous counseling services provided by the EDIP program. Next, she moved from working in the informal economy to the formal sector by officially registering her business and acquiring an official registration certificate.

These steps helped her to expand her cultivated area from 10 feddans to 40 feddans. Now, alongside her mixed farming plan, Ayat began to explore several ancillary businesses: she started to formulate, produce and sell organic fertilizer to farmers in her village; she provided them with technical advice; she expanded her animal production  by increasing sheep herd from 18 to 36 animals; she also established another business line in the areas of nursery and  landscaping .

As a mark of recognition, Ayat was selected by the Omdurman National Bank as a leader in a youth employment project targeting youth in the agricultural sector.  It focuses on making agriculture business attractive and her role is to teach other youth in her area agriculture  production technologies, improved compost preparation, sustainable insect and pest management using local botanicals.

Ayat believes that Sudanese women are as good as men when it comes to hard work, intelligence and leadership traits.
“The new generation  of Sudanese women have overcome all negative notions and have proved themselves beyond doubt in all spheres of life including the most intricate and cumbersome world of entrepreneurship.” she says, “I am trying to encourage Sudanese women to get into agribusiness since it is an especially good venture. I started with a loan equivalent to about US$ 1000 and today my annual net income is about $25,000. I believe that UNIDO E.D.I.P. was a blessing that turned my business, my life and perspective around. It gave me clarity and helped me to reorganize my business on more profitable lines and also supported me in maximizing my potential as a farmer by introducing me to new lines of farming activity.”